Du bist hier: Startseite / What is an alignment?

You are here: Homepage / What is an alignment?
Buying translations

What is an alignment? 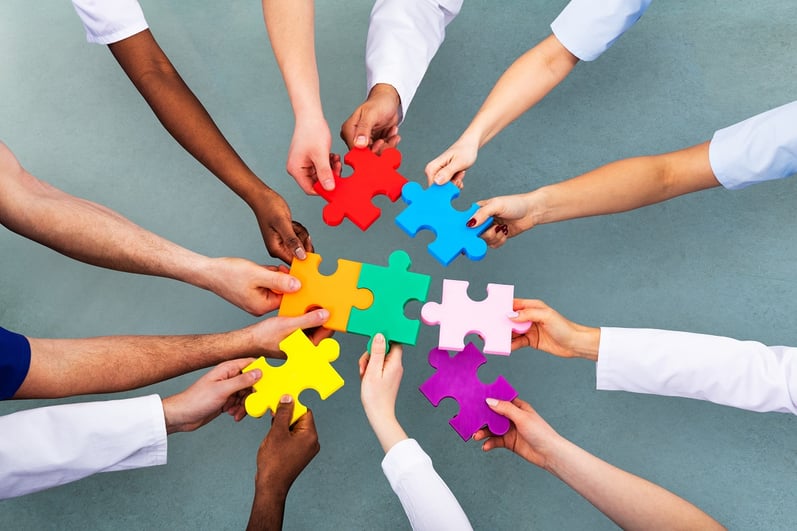 CAT tools and computer-assisted translation have long been state-of-the-art technology. But every now and then you may find that translations haven’t been saved in a translation memory. If that’s the case, of course you won’t want to get everything translated again and you’ll be looking for a useful alternative to a new translation that saves you time and money – an alignment is the answer! MEINRAD explains how alignments can benefit you.

Today’s CAT tools always save translations in a translation memory. This ensures that each sentence only needs to be translated (and paid for) once and can be used again for future translations. But what happens if you don’t have a translation memory and instead simply have the source text in one file and its translation in another? That’s when alignments come into play.
When you use a CAT tool to carry out an alignment, the source-language and target-language files are compared and matched using an automated algorithm. As the saying very nearly goes, words of a feather flock together: the CAT tool identifies which sentences are likely to fit together and creates a link between them. These links then need to be checked, adjusted and confirmed by a qualified translator. The amount of time the translator will need depends on the quality and structure of the source texts.

The image above shows an alignment in a CAT tool. On the left is the column containing the source text, and on the right is the target text (both are divided into segments). The segments are connected with green lines known as Auto Links, which can be confirmed, changed or deleted by the translator. The toolbar features various options for editing the alignment, including the option to export the finished alignment to a translation memory.

How does an alignment work?

Which file formats are suitable for an alignment?

In principle, alignments can be carried out with all files in all formats. But the process will be faster if file formats which are suitable for translation are used. It’s important that the source and target files are in the same format and can be edited: files in non-editable formats can be aligned, but considerably more time will be required to prepare them.

When is an alignment useful – and when not?

The texts which are most suitable for alignments are those where the source text and the target text are similar in terms of word count, order of content and syntax. It also helps if the files have the same or similar formatting – this makes it easier for the CAT tool to split the texts into segments and match them up.
Some types of texts are more suitable for alignments than others. Clearly structured texts (such as operating instructions) will produce very good results, but alignments of marketing and other more creative texts often cause problems, as the syntax is so different that accurate segmentation is impossible.
But even if there are differences between the files in terms of structure and format, an alignment can still be useful. You might get fewer results which help with future translations – but fewer is still better than none. The only situations where we would advise against alignments are if the files contain outdated texts with obsolete terminology or corporate language, and if texts to be translated have been completely revised and the translations no longer fit the source text.

How alignments benefit you

Probably the biggest benefit of carrying out alignments is the money you save. Once pre-translated texts have been aligned, they can be saved in a translation memory and reused, which can considerably reduce what you pay for future translation projects.
In the best case scenario, alignments can also save you time. If the automated alignment in the CAT tool produces good results, reviewing them and saving them in a translation memory usually won’t take long. It’s only if there are significant differences between the files that the segmentation needs to be changed and the processing time increases. But overall you’ll still save time, as the alignment will produce translation memory entries which can be used in future translations.
And that’s when another benefit of alignments comes to the fore: the translator working on these future projects will use the translation memory created (in part at least) by these alignments as a reference for stylistic features of a company’s texts, their corporate language and their in-house terminology.

The 3 types of alignments