Du bist hier: Startseite / What do we mean by inconsistencies, and what are the consequences?

You are here: Homepage / What do we mean by inconsistencies, and what are the consequences?
Buying translations

What do we mean by inconsistencies, and what are the consequences? 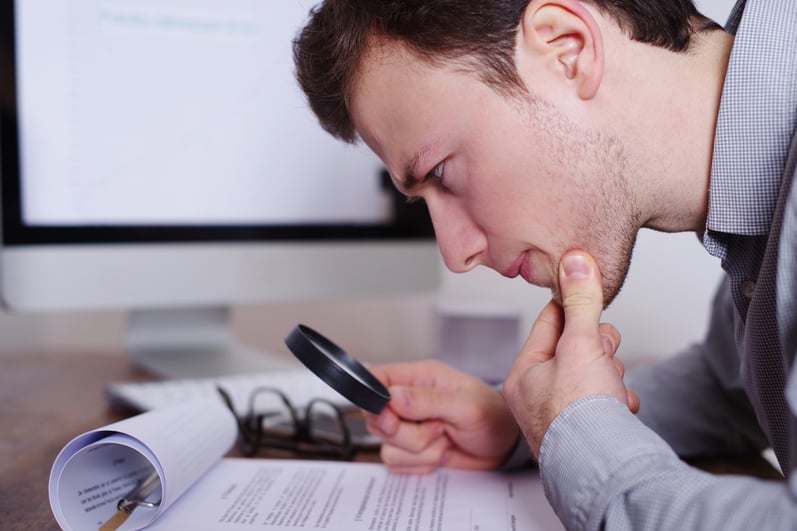 If you’re looking to save money when producing technical texts, there’s one issue that stands out above all the rest: avoid inconsistencies! But what exactly are inconsistencies, what consequences do they have, and how can you avoid them?

Inconsistencies in a nutshell

If different terms or spellings are used for the same object, this is described as an inconsistency.

What types of inconsistencies are there?

There are two main types of inconsistencies:

Although inconsistent spellings don’t cause any confusion as to meaning, they have significant impacts in terms of the amount clients pay for translations (more on that later).

Here are a few examples of inconsistent spellings:

Inconsistencies in terms of number and date formats should also be avoided:

Use of synonyms can be even more problematic, as the reader will be left wondering whether two or more terms refer to the same object. This can quickly lead to breakdowns in communication, leaving clients at a competitive disadvantage and counting the cost.

Here are a few examples of use of synonyms:

Of course there is no one inherently “correct” or “incorrect” term, but each business should define its own terminology and use it consistently in all its communications. Because inconsistencies can have unanticipated consequences – we’ll get to those a bit later.

How do inconsistencies occur?

There are three main causes:

What’s the impact of inconsistencies in the source text?

Inconsistencies in technical documentation can lead to clients paying more than necessary for their translations. Here’s how:

Translation costs increase as there are more queries to answer

Translation of terminology is one of the biggest cost factors in technical documentation, often increasing what clients pay for translations. Poor use of terminology frequently makes things unclear for translators, who have to send queries to the project manager, who then forwards them to the client – which all takes time and costs money.

In this digital age, translation can benefit from artificial intelligence just like many other industries. Using trainable or generic machine translation engines allows texts and technical documentation to be translated quickly – provided that there is a high-quality source text. Inconsistent source texts usually aren’t suitable for machine translation, because the MT engine will produce equally inconsistent results and the translation won’t meet the required quality standards.

Lower customer satisfaction because texts are hard to understand

If customers have to wade through a jungle of terms, and are left to work out for themselves what the text means, they’re unlikely to feel positive about the product or to buy it again. Bad reviews are bound to follow.

Unproductive use of staff time

The technical support team will frequently have to spend time answering questions about ambiguous terminology or documents that are hard to understand, so they’ll be less able to focus on more productive work.

Liability in the event of errors in documentation

The European directive 85/374/EEC, establishing liability for unsafe products, came into force in 1985. Its remit includes the technical documents accompanying products sold in the EU, meaning that operating instructions (for example) are as important as the products themselves. If these instructions are not available, incomplete, incorrect or not translated into the relevant language, the product is defective.

The current trend for online documentation with full-text search functionality makes consistent use of specialist terminology increasingly important. Inconsistent terms will not be found – so the same words need to be used throughout the text in order for the full-text search to work as it should.

Units of information which can’t be reused

Inconsistent use of specialist terms also prevents effective reuse of units of information within authoring systems.

How do inconsistencies affect the translation?

Inconsistencies in the source text can also have a big impact on what clients pay for translations – especially if the text is being translated into more than one language. CAT tools offer huge potential to save money from repetitions within texts and translation memory matches, but failing to use consistent terminology means this potential is wasted.

Sentences frequently occur more than once in technical documentation, and CAT tools will recognize these sentences as repetitions. Ideally, clients will only have to pay once to have each of these sentences translated, creating huge opportunities to save money.

Mount the device on the machine.

Mount the unit on the machine.

How can inconsistencies be avoided?

There are three ways to avoid consistencies:

A carefully produced style guide, accessible to everyone, will cover all spellings and synonyms to help avoid inconsistencies.

Regular source text checks will identify inconsistencies in these texts and help maintain high standards in all texts produced by the business.

One final tip from us, now that we’ve explained what we mean by inconsistencies: do everything you can to avoid them, because what we’ve described here are some of the most effective ways to save time, money and stress! If you’d like to talk to one of our experts about how and where you can save time and money with your translations, why not arrange a brain dump session with us?

5 steps for structuring the long-term process of buying translations