You are here: Homepage / MEINRAD explains: what exactly is a CAT grid?
Buying translations

MEINRAD explains: what exactly is a CAT grid? 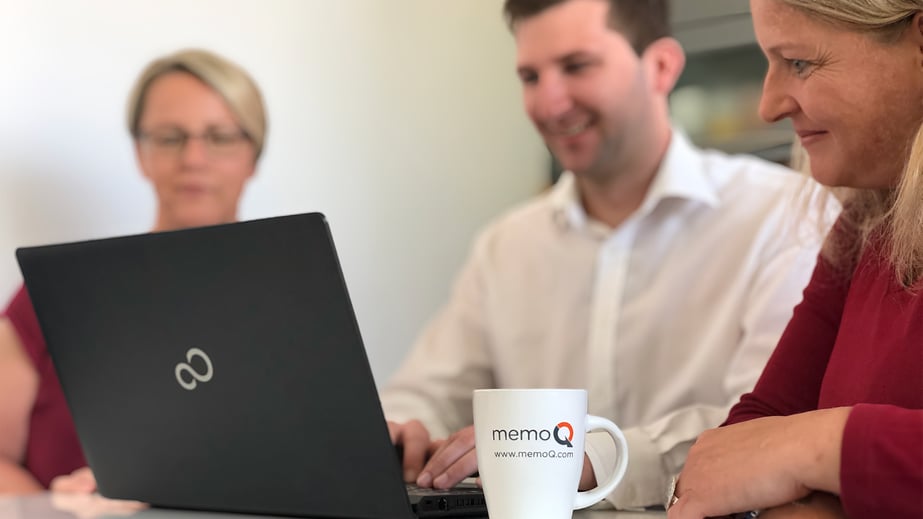 CAT grid, memoQ, machine translation... when reading our blog and browsing our website, you’re bound to come across one or two terms you might not be familiar with. Many of these terms refer to tools which are crucial both for the translation process and for deciding which translation services to buy. This post explains what exactly we mean when we talk about one of them: CAT grids.

But in order to understand how CAT grids work, first we need to quickly explain what CAT tools are.

“CAT” stands for “computer-aided translation”, and refers to software used to help translate from one language into another. Three examples of CAT tools are memoQ, SDL Trados Studio and Across.

When you work with a translation agency, this software will be used for various purposes:

Now that we’ve explained the basics of how the CAT tool works, let’s take a closer look at how the CAT grid is generated: using the CAT tool analysis of the source text in combination with the TM.

This lays the foundation for the subsequent analysis in the CAT grid. During the analysis itself, the software does the following: 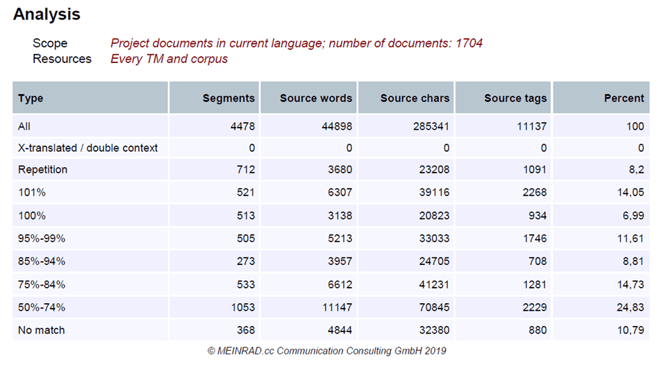 The first column (“Type”) shows the match rate, i.e. how similar the segments in the new source text are to previously translated segments. Here’s what the terms in this column mean:

Once the analysis in the CAT tool is complete and the results of the match categories are displayed, the Language Asset Manager (the client) can start thinking about the CAT grid: that is, the potential pricing levels for each of the match categories. Only a trained, experienced Language Asset Manager (ideally working alongside the agency’s project manager) can assess whether particular pricing levels are right for them.

The following two examples will make clear how the CAT analysis can affect what clients actually pay for their translations:

There is a TM containing very good translations, and both the new and previous source texts have been written so that they are suitable for translation (if you’re unsure what we mean by that, and how it can help you save money, this post describes how to make texts suitable for translation). The previously translated segments are sufficiently high-quality that all matches above 85% are easy for the translator to adapt in this new text. In this situation, it’s logical and fair that matches above 85% should be charged at a lower rate – and 101% matches (context matches) aren’t charged at all.

There is a TM, but the translations it contains aren’t very good – in fact, this poor quality was the main reason for the client switching to a different translation service provider. The problems were so bad that the translations in the TM can’t simply be used without being reviewed. In this situation, a penalty is applied to the TM so that all its matches are deducted by a certain amount (for example, a penalty of 5% would see a 100% match reduced to 95%). As these segments need to be checked carefully, the rates paid to the translator should be adjusted. The “old” TM would only be used as a reference, i.e. to provide suggestions for future translations, and all reviewed and newly translated segments would then be saved in a new TM.

In short: using CAT grids requires expertise on both sides

These two examples illustrate that the CAT grid used depends on the quality of the source texts and the quality of the existing TMs. Given that CAT grids are also subject to negotiation with individual translators, it’s clear that trained Language Asset Managers are crucial when it comes to discussing a client’s CAT grid options with the language service provider.

If you’re looking to build up your expertise with CAT grids but don’t know where to start, get in touch with us today!

Why the translation itself is only the tip of the iceberg